The main issue: international peace and stability through political approaches to a more peaceful world as the Old Order morphs into something not yet clearly seen. In a year where the number of refugees and internally displaced people reached its peak since the end of the Second World War, the world witnessed the continuation of conflict and violence. The rise of radical groups in Africa and the Middle East; the internationalization of the war in Syria; a crude conflict at the gates of the European Union in Ukraine; a growing divide between Russia, the European Union and the United States and its destabilizing consequences; an increase of the terrorist threat; the continued organized criminality in Latin America; and an overall escalation of global conflict and rhetoric.

All these developments are bringing the current world order into question. With so many former heads of state there the conference represented quite a bank of political knowledge to say the least. I had a better idea how my focus on ecocities fit the third day. So for the first two I was mostly in learning, not teaching mode. Now, she said, Russia wants to regain its status as a great power, similar to the way Western Europeans decided to unite in a larger European Union.

But the situation is radically different, she said before the assembled audience, in that the European states joined voluntarily and the Russian Empire called the Soviet Union was assembled by military conquest against the will of the citizens of the subjugated countries.

She was being not just a little ironic when she said the theme of the conference — building trust — required actions to justify trust. The Russians are killing people, hundreds of them every week, she emphasized. A few points in discussion were interesting, such as the broadly shared prediction that in the next world order China and to a lesser degree India, would play large roles while the U. It was carefully planned and executed. 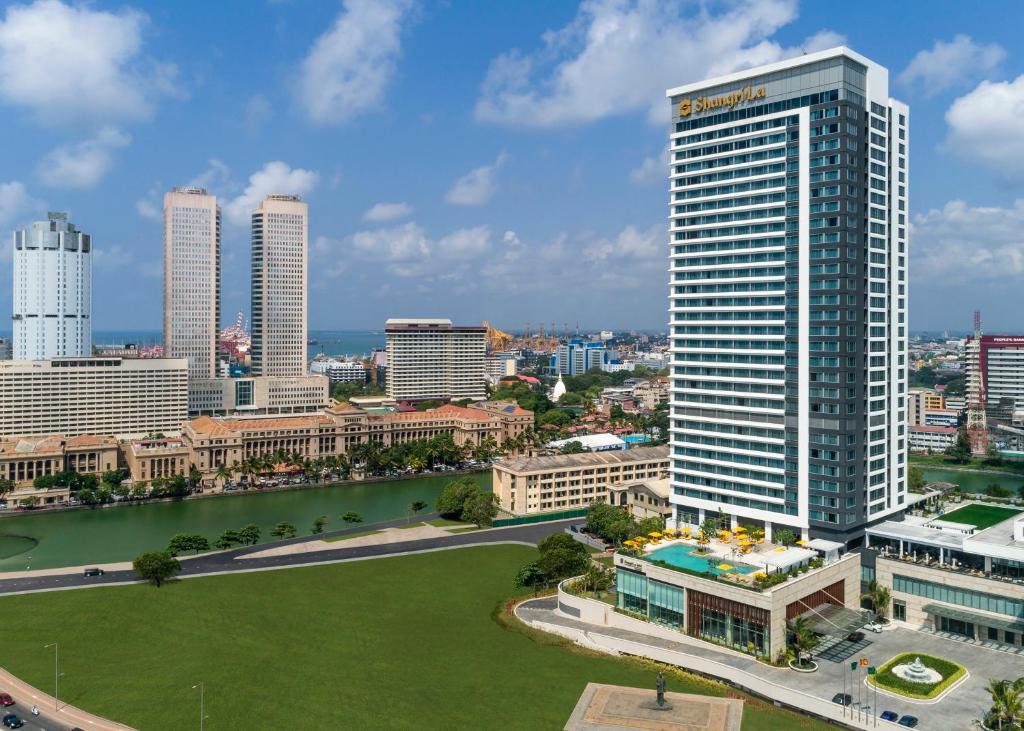 Another random item and one of the few concrete proposals: why not a Mediterranean regional development bank? To finance the building of what, however, was left up in the air. On the third day I was assigned to a panel and given seven minutes like everyone else to make a statement.

Quiroga and I chatted for about half an hour at the Baku Airport, by the way, while waiting at the VIP room for our boarding passes to leave the country. He told me he loves climbing in the Andes. Fifteen years ago, he observed, he used to put on his crampons — those attachable spiky cleats climbers strap onto their boots for ice — feet lower on the mountains. Global heating. Everyone of the approximately 40 at the day three conference were presenters.

No space was made explicit in topics selected to specifically address urban issues, or even ecological ones, though certainly city issues are extraordinarily consequential in terms of impacts in the development process, both negative and positive impacts… depending on particulars, the big particular implying vastly different outcomes: are you going to design and create an environment for people or cars?

The topic of my panel was multiculturalism and associated problems and solutions. With the influx to Europe of thousands of refugees a month from poverty, overpopulation and increasing consumption pressures on resources as well as immigration from the four years old civil war in Syria, religious and tribal wars in North, Central and East Africa and around the Middle East, not to speak again of in Ukraine, many Europeans were positively unnerved.

Maybe insights from ecology as the study of processes in nature might be helpful, I thought. Ecology, that is nature, begs to differ, and here is the dynamic: In nature things thrive in high biodiversity. The more the merrier. Why that dynamic balance in nature? Because no organism or species takes more than it can eat at a sitting or store up for one winter.

Predators, diseases, starvation due to overconsumption due to overpopulation tightens the limits on violators of the natural consumption limits. A few billion people live that way. Maybe it needs a few new ideas….

With similar reasoning I offered my panel the idea that multi-specesism not only exists but seems to rule in healthy evolution. Might this not be a major lesson modeled in nature that humanity aught to take seriously? With a little mutual respect, no problem and lots of virtuous vitality for all. The second idea I thought might help was simply that an occupation for saving the day — solving climate change, species extinction, mineral extraction to exhaustion, social discontent unto war and other problems — might just be to start focusing on building a better civilization, literally: start building ecocities.

It was suggested by one of the planners for the 11 th International Ecocity Conference coming up this October in Abu Dhabi. At a dinner between planning sessions in Barcelona in early one of those present, Khaled Tarabieh, suggested ecocity building was just such a vehicle for very positive changes. The notion reminded me of a famous psychological experiment organized by Muzfer Sherif who is regarded as one of the founders of Social Psychology.

To test the theory that team competition settling into general ways of living and thinking might further concord or disharmony, the small school was divided into two groups of students encouraged to compete in many ways. As things progressively degenerated into outright hostility Dr. Sherif and his teachers who were part of the experiment arranged for various social events. These just exacerbated hostilities, providing opportunities for conflict. But when the hungry students had to get their food truck out of a rut and push it to repairs with lots of hard effort, the cross-team relations improved markedly.

They all then had a common hard-earned success, a shared positive work experience. Plus they got to enjoy the fruits of their labor. Though the experiment was criticized for being a tiny sample and made up of people with rather minor and only recently experienced reasons for conflict, and done among adolescents not adults, it posed the possibility that working together can create a shared sense of success benefiting all and contributing to more harmonious relations.

Decades-long disputes over rocks and shoals are compounded by quarrels over fishing rights, energy resources, and freedom of access to international waters and airspace. As the challenge of climate change looms larger, natural disasters not only threaten lives, but also upset trade and economic growth. And at the same time, terrorism, foreign fighters, cyberattacks, and trafficking in both people and narcotics plague this region like any other.

And that made sense for the Asia-Pacific, with its unique history, geography, and politics. Instead, regional peace, stability, and security here have required all of our nations coming together behind shared interests. We must continue to come together. Today and in the years ahead, security must be the shared responsibility of all us, of all our nations. With the strengthening of the East Asia Summit, we have the foundation for a stronger architecture.

As President Obama said in Brisbane last year, an effective security order for Asia must be based — not on spheres of influence, or coercion, or intimidation where big nations bully the small — but on alliances of mutual security, international law and international norms, and the peaceful resolution of disputes.

First, we must all reaffirm the guiding principles and the rules that have served this region so well.

Disputes should be resolved peacefully…through diplomacy, not aggression or intimidation. All countries should have the right to freedom of navigation and overflight so global commerce can continue unimpeded. And all nations should be able to make their own security and economic choices free from coercion. These are the rights of all nations. They are not abstractions, and nor are they subject to the whims of any one country. They are not privileges to be granted or withdrawn by any country. Second, we must strengthen regional institutions. Defense Advisor to augment the U. Mission to ASEAN in order to improve coordination and information sharing for humanitarian and disaster response and for maritime security.

As ASEAN works to build its community in the years ahead, the United States encourages member countries to continue to seek out new and innovative ways to work together and pool resources to maintain regional security. And the United States is working with allies like Australia, Japan, the Republic of Korea, Thailand, and the Philippines to be sure all our alliances continue to serve this vital function. Through the recently updated Guidelines for U.

Fourth, in addition to strengthening relationships, we must enhance the capacities of the regional security architecture, particularly on maritime security. American men and women in uniform are working together with countries in the region to build that capacity — especially on maritime security. For example, the U. For example, when Air Asia Flight disappeared this past winter, the Fort Worth was able to be on the scene within 24 hours to help with search and recovery. In Vietnam, where I will travel next, the United States is providing equipment and infrastructure support to the Vietnamese coast guard.

Just this month in Malaysia, the U. Carl Vinson carrier strike group participated in air combat training with Malaysian air and surface units. And in Indonesia, America recently began conducting sea surveillance exercises together, which included, for the first time flight portions over the South China Sea.

And fifth, to ensure that our institutions, alliances, partnerships, and capability…cap…excuse me, capacity building efforts meet their potential, we must be better connected. We can accomplish this by working together, communicating better, and developing habits of cooperation. Every year the United States helps plan and host hundreds of exercises and engagements in the region.

We can also limit that risk by improving communication further. For example, the United States and China have agreed to two historic confidence-building agreements this past fall, and the United States hopes to do more.

Building better habits of U. Beyond exercises and military-to-military cooperation, we also build habits of cooperation when we work together to confront real world challenges, such as responding to natural disasters and other humanitarian crises. These efforts are critically important in a disaster-prone region. We sacrifice together. Tragically, six U. Marines and two Nepalese soldiers perished when their helicopter went missing in the mountains during relief operations.

Their loss will not be forgotten. Together we can honor their memory by continuing the work they began. America has been here, after typhoons, earthquakes, and plane crashes… and America will keep being here…committed to the long-standing practice of playing a part, a pivotal part, in assuring safety and stability in a region, the region. We face today another humanitarian crisis. As we speak, an urgent refugee situation is unfolding in the Bay of Bengal that requires both a comprehensive solution and quick action to save lives.


These humanitarian efforts, and the habits of cooperation they help form, demonstrate what we can do when we work together. Working together, as we have in Nepal, in the fight against piracy, and in preventing illegal trafficking and fishing in the Gulf of Thailand — just to name a few examples — allows us do more and better around the region.

China has reclaimed over 2, acres, more than all other claimants combined…and more than in the entire history of the region. And China did so in only the last 18 months. It is unclear how much farther China will go. That is why this stretch of water has become the source of tension in the region and front-page news around the world. The United States is deeply concerned about the pace and scope of land reclamation in the South China Sea, the prospect of further militarization, as well as the potential for these activities…to increase the risk of miscalculation or conflict among claimant states.